Think Outside The Hutch®

Could there be a better way to accommodate your pet rabbits?

Many owners still do not understand their rabbit’s accommodation needs. Rabbits have been kept in small hutches for so long now that it has become accepted by many as appropriate. The truth is that keeping rabbits shut up for long periods of time in inadequately sized housing is cruel and leads to mental and physical suffering.

“The RSPCA believes the traditional husbandry method of keeping rabbits permanently confined in small hutches is totally inappropriate for the long-term housing of rabbits kept as pets.”

It is not acceptable to shut pet rabbits into hutches for extended periods. We are working alongside other welfare organisations to re-educate the public that this tradition is outdated and unacceptable. Ask yourself whether you would want to keep a pet cat in a hutch for hours on end? We hope the answer is no! As intelligent, active animals of a very similar size there really is no difference keeping rabbits in small hutches.

How much space do rabbits need?

The minimum hutch length (for a medium sized pair of rabbits) generally recommended by welfare organisations is 6ft (based on the distance the rabbits would need to make three hops.) This is the bare minimum that rabbits require (despite a majority of hutches being marketed for rabbits still being significantly smaller than this.) In order for their welfare needs to be properly met rabbits also require access to lots of additional safe exercise. A happy rabbit needs the opportunity to express natural behaviours ie. hopping, stretching, digging and foraging.

A hutch or cage should only ever be considered as a shelter/base. It should not be somewhere for rabbits to live or be shut up in for any length of time. Rabbits should also have permanent access to a safe exercise area. They can then move between their base and exercise area at will. This is much better for rabbits than being moved between a hutch/cage and separate exercise area when we decide, especially considering that rabbits usually prefer to be most active around dawn and dusk.

The Rabbit Welfare Association (the authority on rabbit welfare in the UK) recommend a minimum area of 10ft x 6ft x 3ft high (3m x 2m x 1m) for a pair of average sized rabbits, regardless of whether they live indoors or outside. 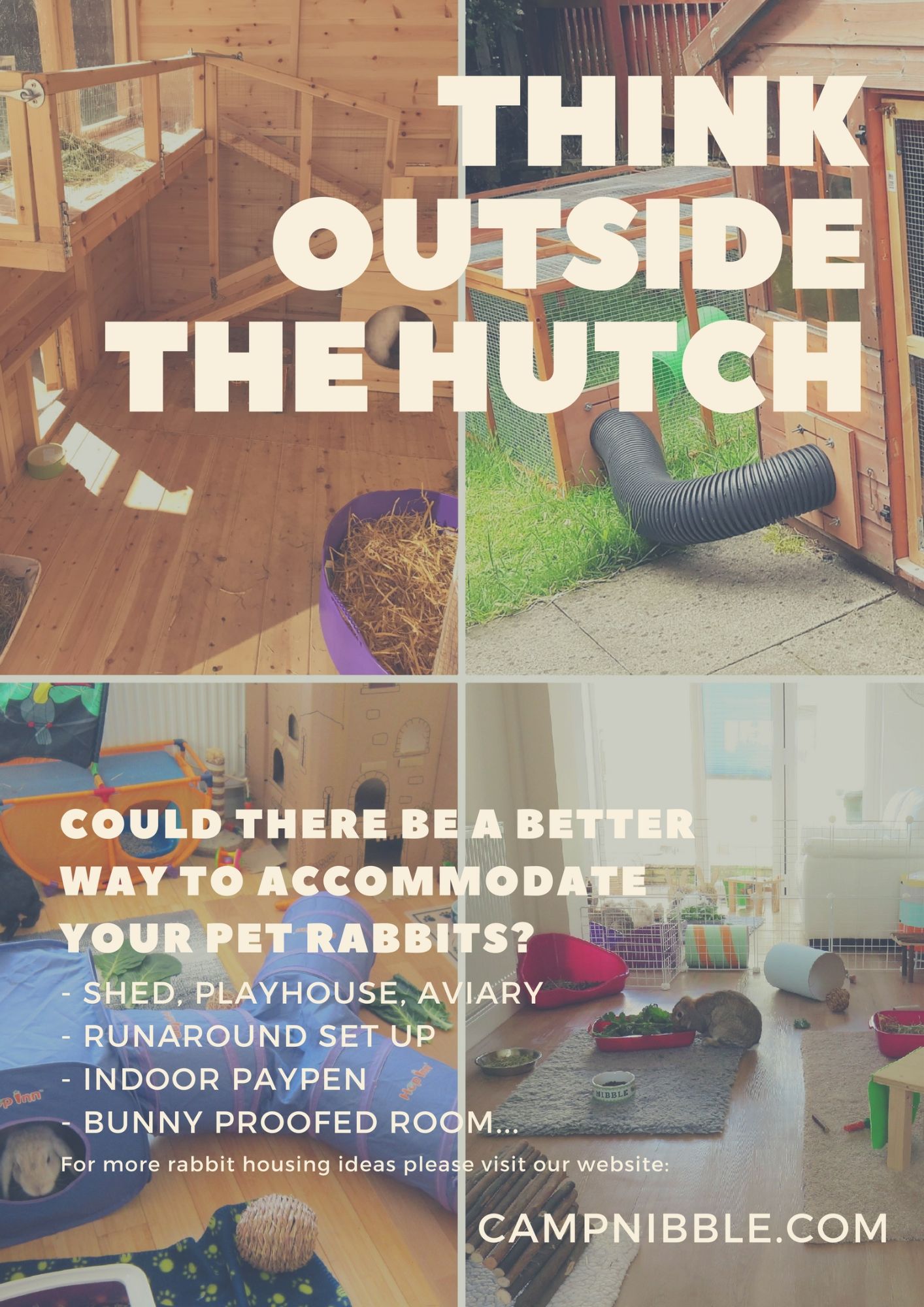 Why is 24hr access to an exercise area so important? 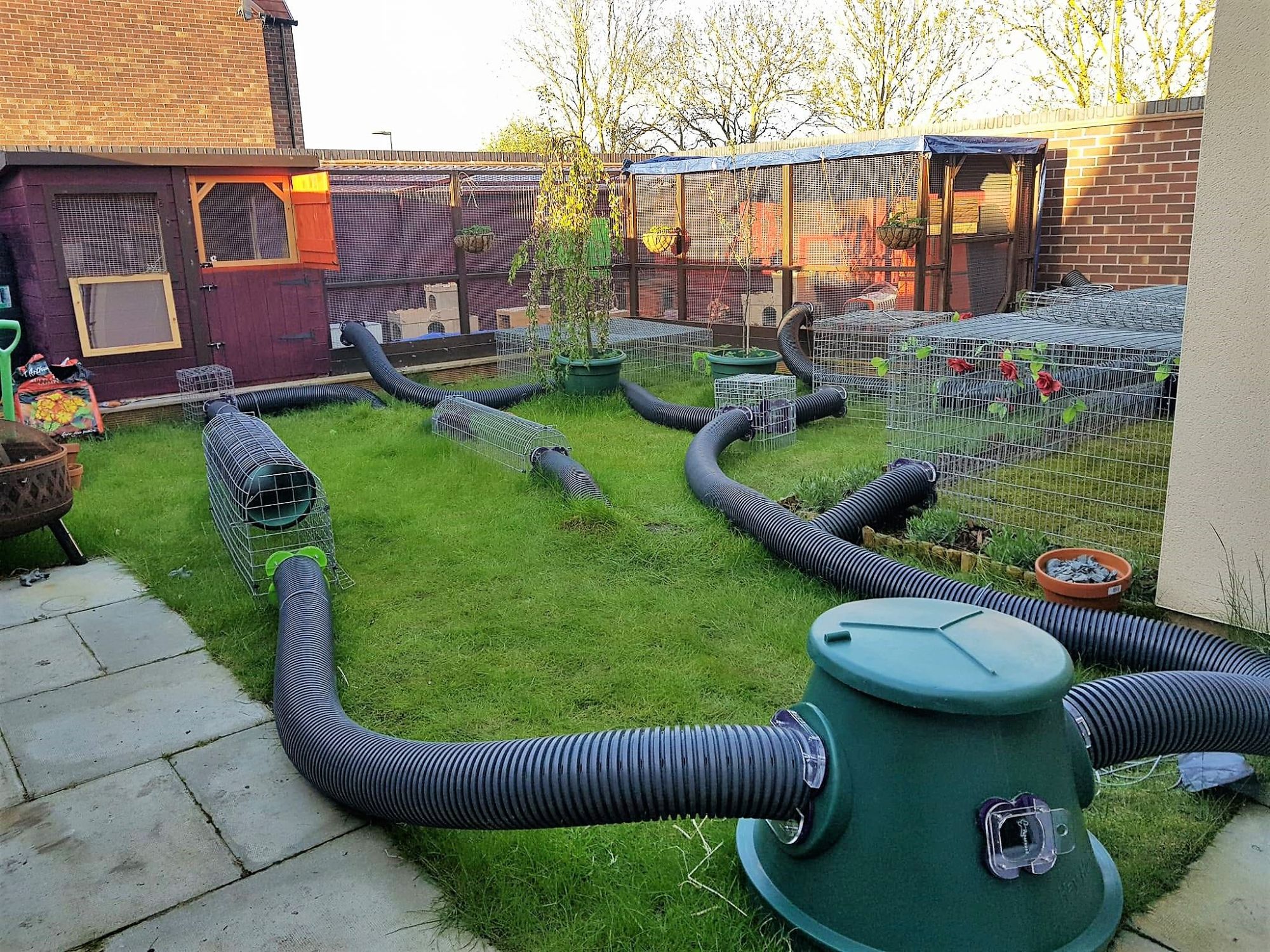 One reason why so many people still fail to provide adequate accommodation for their pet rabbits is that a majority of hutches/cages manufactured for rabbits are completely unfit for purpose. Sadly, many caring owners are unknowingly keeping their pet rabbits in very cruel conditions. Finding appropriately sized rabbit housing in pet shops can be difficult. Even when a hutch appears to be the appropriate size the quality can be appalling meaning that the hutch is neither weather/predator proof so in no way suitable at all.

Some great alternatives to standard hutches that we recommend for rabbits being housed outdoors are sheds or children’s play houses (with an attached run), aviaries, and the brilliant and unique Runaround System. A Runaround connecting tunnel is a fantastic way of joining together any existing hutches and runs that you may have to make a far superior rabbit set up. You could also consider the Zippi Rabbit Tunnel System

Many rabbit owners are now choosing to keep their pet rabbits indoors as house rabbits. Rabbits can make great house pets, and it can be much more enjoyable spending time with your rabbits inside the house during cold and wet weather. Rabbits can be housed well indoors either free range (with a base to retreat to), or in an appropriately sized indoor enclosure. However, anyone choosing to keep house rabbits will need to put a lot of thought into bunny proofing in order to keep their rabbits safe from hazards and prevent otherwise inevitable damage as rabbits can be very destructive.

For our rabbit housing gallery of outdoor and indoor housing ideas 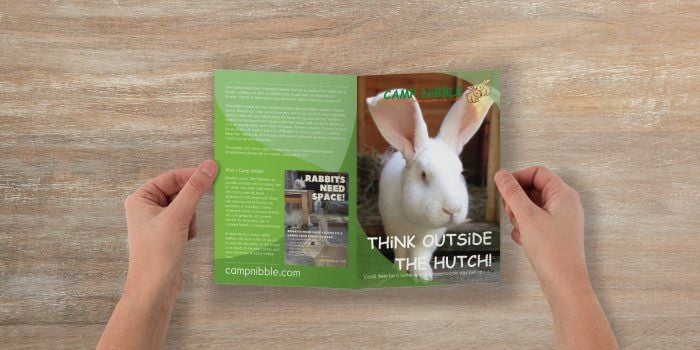 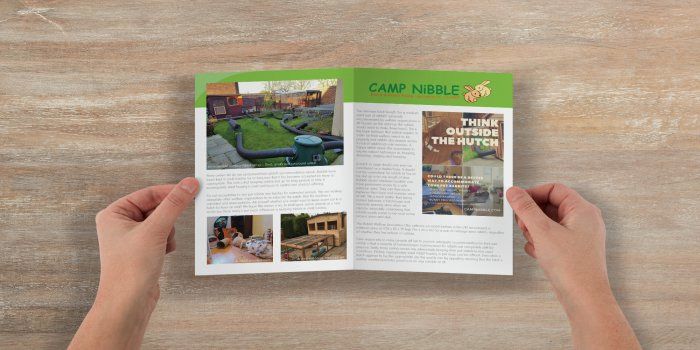 We have 'Think Outside The Hutch' leaflets available on request.