The Holly House team would like to invite you to their 20th anniversary celebratory Open Day taking place on Saturday 12th July 1pm - 4pm.

On the day, they will also be raising money for their four nominated charities for 2014 - Camp Nibble, Yorkshire Cat Rescue, Whitehall Dog Rescue and St Gemma's Hospice.

We'll be there too with rabbit welfare information so please pop over and say hi! 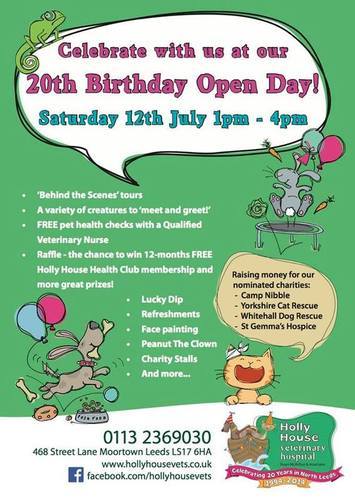