A sad day as our lovely sanctuary rabbit Kent passed away during the night. Kent was a lovely laid back boy who was confiscated by the RSPCA several years ago along with a number of other rabbits being kept in very cruel conditions. Sadly not all of these rabbits survived.

Kent had paralysis of the facial muscle on one side of his face and appeared to be blind and deaf. For two years the cause of his disabilities were a mystery to us and several vets. However, during her investigations our rabbit specialist discovered a large scar under his fur. It seems that early in his life he had been badly attacked. As a result he had chronic infections and required ongoing treatment.

We have really enjoyed caring for Kent over the past two and a half years. He was such a gentle bunny who befriended several other sanctuary bunnies whilst he was with us. We would like to say a huge thank you to everyone who has been kind enough to sponsor Kent during his time with us. 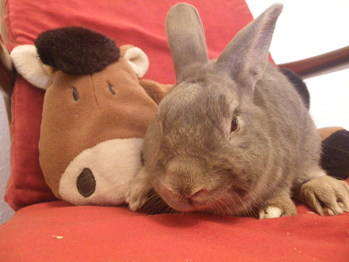 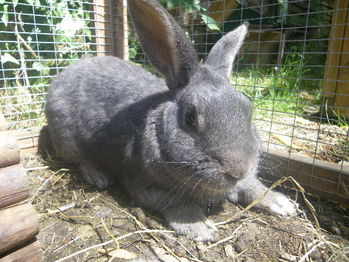