A friend for Damon!

We featured Damon as our sanctuary bunny of the month for January. This handsome chap really is our most aggressive bunny! The little monkey has caused nasty injuries to people (myself included!), and very sadly badly injured another bunny during a bonding attempt at his previous rescue shelter.

We've been worried about being able to meet his welfare needs fully (his need for companionship). Building up trust with him is still proving difficult, and he is sadly still a danger to people. We'd attempted very tentatively to introduce a couple of different bunnies to him, but had backed out of these bonding attempts quickly as his behaviour turned dangerous almost immediately.

BUT then a very special bunny came along!! During a potential introduction into one of our larger sanctuary groups it was apparent that Gary Lineker just had the most beautiful bunny manners we'd seen. I had a light bulb moment and just new he was 'the one!'. There was a quick change of plan and amazingly Damon accepted him almost instantly. The pair of them have been best buddies for a couple of months now, spending most of their time snuggled together. We're just delighted for the little terror! 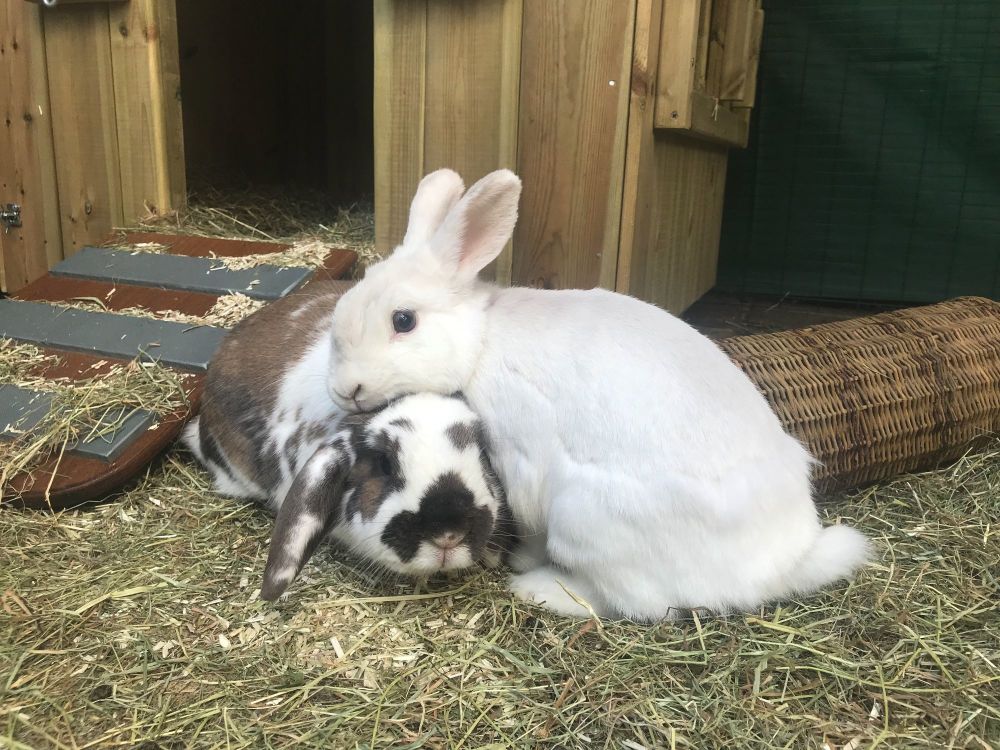